In the thought of Imam Syafi'i there are those who argue that if a husband or wife who is mafqud has to wait for four years and according to the Law and the Compilation of Islamic Law, they have to wait for a period of 2 years. The time period between these two opinions is very long in comparison. This is because the sophistication of the transportation and information systems that are present in this modern era provides a quick opportunity to find out the whereabouts of the mafqud. In contrast to the past, when they were not familiar with transportation and information systems. So here it is seen which is more relevant to follow between the thoughts of Imam Syafi'i or the Law and the Compilation of Islamic Law. This paper examines the Relevance of Imam Syafi'i's Thoughts about Mafqud to Unseen Divorce Case Studies at the Jombang Religious Court. This study aims to find out the opinion of Imam Syafi'i regarding mafqud and the decision of the Jombang Religious Court regarding mafqud divorce. In this study, the authors used a descriptive research method, namely research that attempts to describe and analyze the problem in as much detail as possible. The type of research used is library research by tracing the theories contained in the library and the field. The results of the research show that there is no single argument from the Koran and hadith which mentions the time limit for determining the age of a missing person, only the opinion of a friend, namely Umar bin Al-Khatab. But Umar's opinion is only for wives who have lost their husbands. In addition, it can also be known the consequences of mafqud that can happen to people around him or his heirs and he becomes a demand to settle it. Because law is dynamic, it will change from time to time following the changing era. 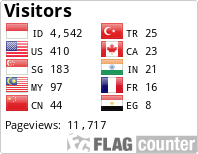